One of the world’s leading trailer manufacturers German based Krone, which exports to 27 different countries in 2020 from its factory in Tire, İzmir, continues its investments in İzmir. Starting a three-stage investment plan this year, Krone will add a new area of 12 thousand square meters to the chassis production facility, which has an area of ​​4 thousand square meters, at the end of these investments. Having invested 40 million Euros to date, Krone’s investment in İzmir will exceed 45 million Euros upon the completion of these investments.

Krone reached an export volume of 36.7 million dollars from Türkiye in 2020. In the list of the Top 1000 Exporters of 2020 announced by the Turkish Exporters Assembly (TİM), it ranked 541th among all companies and 50th among companies operating in the Automotive sector. Krone managed to be included in this list for the first time in 2016, for the 5th time in a row.

Krone Türkiye CEO and Board Member Rıza Akgün stated that they were proud to be included in the list of top 1000 exporters for the 5th time in a row, and said, “In 2020, we sent 1383 trailers from our İzmir Tire factory to 27 different countries, mainly Western and Central Europe. When we started our operations in our Tire factory, I stated that we aimed to bring our products to countries that had not met the superior Krone quality before, through this factory. At the point we have reached today, we are crowning our achievements announced by the Turkish Exporters Assembly by exporting trailers from here to distinguished European countries such as Italy, Germany, England, and France, as well as our target markets.” he said.

Emphasizing that 2021 will set a new record for Krone Türkiye, Akgün continued that “As of the first 8 months, we have succeeded in surpassing the numbers of 2020 in exports. By exporting more than 2800 trailers as of 31 December 2021, we wish to consolidate our place in the hearts of Krone users and in the Turkish Exporters Assembly’s list.”  Emphasizing that Krone has had its most successful days since 2012, when it started operating in Türkiye, in the domestic market, in addition to the foreign market, Akgün said, “As of August, we have made domestic sales of 1500 units. It looks like we will reach 2300 units by the end of the year, which will be the highest we have reached since 2012, when we started our operations in Türkiye, in our domestic sales as well as in exports.”

Expressing that they have been continuing their investments since 2012 without slowing down, Akgün said, “Our understanding of high quality, long-lasting product structure and our trust in our country are reciprocated by both our domestic and foreign users. Our vision of being the closest trailer manufacturer to our users also requires us to be able to react quickly to their demands and requests. We have implemented a three-stage investment plan that we started this year. In the first phase, we will enlarge our chassis production facility, which currently has an area of ​​4 thousand square meters, by 4 thousand 500 square meters. In the second phase, we will build a new production hall of approximately 7,500 square meters. Thus, we will build a new area of ​​12 thousand square meters in total. As a final step, we will obtain a highly automated production line with the integration of robotic lines. Having invested 40 million Euros to date, Krone’s investment in Türkiye will exceed 45 million Euros with the completion of these stages.” 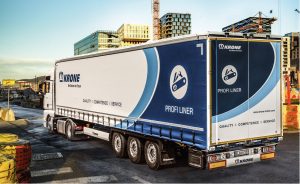 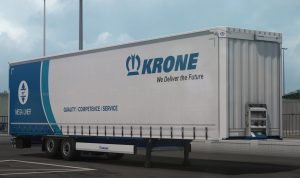