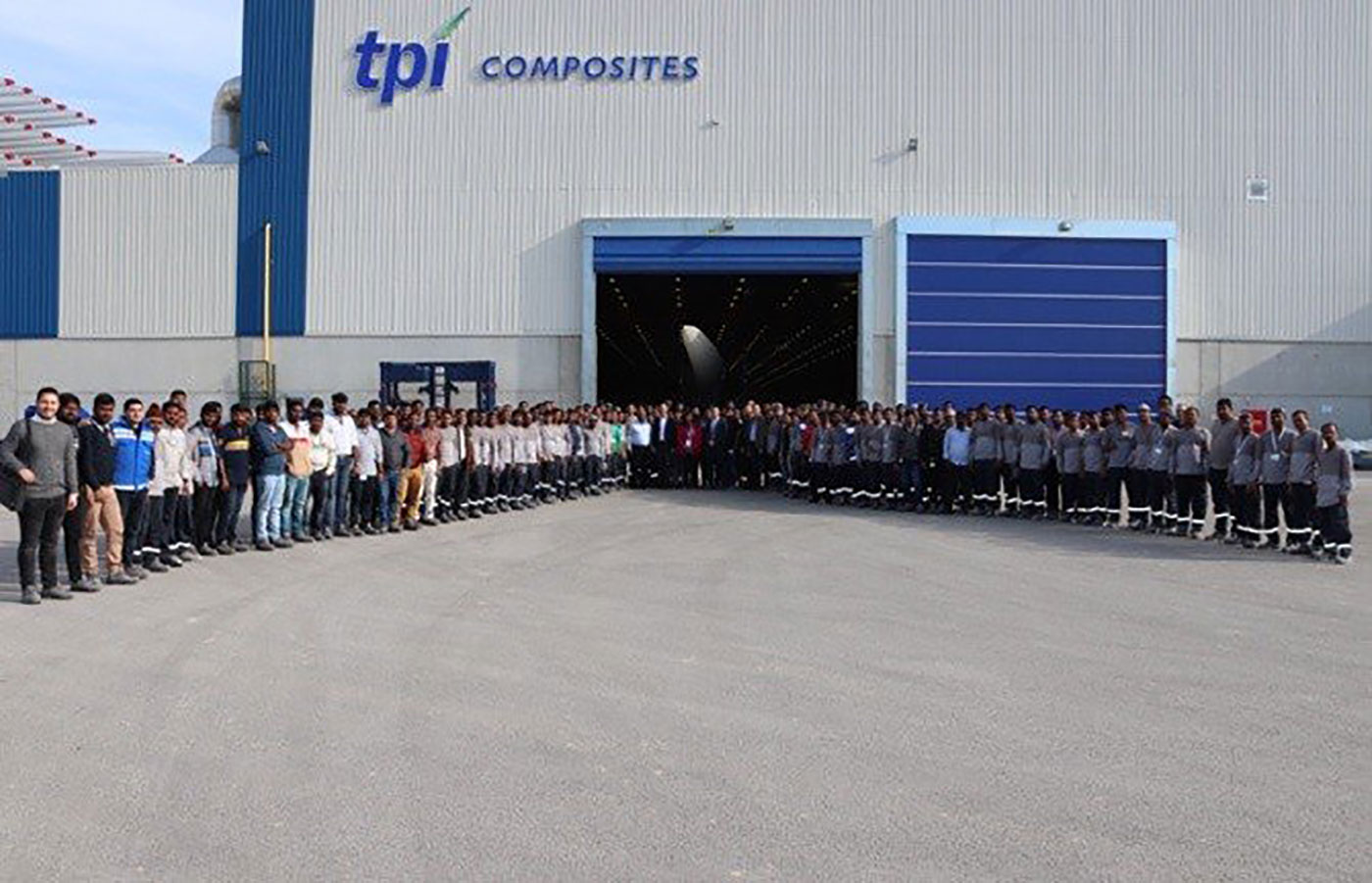 As TPI Turkey has produced blades since 2012 in the country’s western province of Izmir with an annual production capacity of more than 3,000 wind blades, it has gained extensive experience that it will now pass on by assigning more than 70 of its personnel to establish TPI Composites’ new blade factory in India, Serdar explained.

TPI Composites’ new blade factory will be located on a 150,000 square-meter site in India where test production will start next month. The factory is expected to be up and running by March.

Serdar said that TPI Turkey is actively involved in setting up the new facility, including its physical infrastructure, as well as overseeing human resources and training. The company has recently hosted training in Izmir for a group of new hires from the TPI India facility.

He hailed the benchmark success of TPI Turkey, which it has gained since its inception in 2012 in Turkey when the manufacture of wind turbines was very limited.

From its operations in Turkey, TPI Turkey has garnered much experience to the extent that now it oversees operations in Europe, the Middle East and Africa and is now responsible for setting up and supporting the plant in India, according to Serdar.

“I do not think that this is common practice in an American company. However in light of this success story, I think Izmir can easily become a production and know-how center [in this region] for wind equipment production,” he said.

A team of nearly 1,000 personnel has been recruited so far to work at the new plant, which could expand further depending on the realization of new projects, Serdar explained.

“Seventy employees from TPI Turkey have been assigned to the India facility on a long-term basis. Short-term support is ongoing and will continue in the near future,” he said.

TPI first started wind turbine blade production in 1999 and began operations in Izmir in March 2012. In addition to Turkey, TPI factories are located in the U.S., Mexico and China. TPI Turkey currently has almost 3,250 employees.

In an area of 275,000 square meters, the giant composite blades for wind turbines are produced in Turkey for the local market and for international export. In October 2015, the company began to invest in a second production center in the new Izmir Free Zone.

Almost 20% of wind power plants in Turkey with an installed capacity of 1,462 megawatts (MW) are located in Izmir, while Turkey’s Aegean region hosts 38% of Turkey’s wind power plants with an installed capacity of 2,868 MW. Along with TPI composites, Izmir hosts several big international companies such as Enercon, Siemens Gamesa, General Electric LM Wind Power, CS Wind for the production of wind energy equipment.

TPI Turkey is one of the main stakeholders of the renewable energy sectoral cluster which has been being developed by İzmir Development Agency.